Anise – cleaner of the bronchial

The taste, which you may recognize in the Greek ouzo, comes from Anise, very aromatic and medicinal herb used for centuries.

Anise essential oil contains between 80% and 90% anethole, a substance that facilitates breathing and stimulates mucus clearance from the lungs. Anise is therefore very efficient and pleasant remedy for coughs, bronchitis, and asthma. Honey with the essential oil of anise is recommended for children because it is tasty and the kids like it.

In addition to the operation of the respiratory system, anise facilitates digestion, eliminates gas and bloating. In combination with chamomile, flax seeds and buckthorn is perfect for people who suffer from constipation. Anise, fennel, and cumin stimulate the secretion of milk, doctors suggest nursing mothers to drink half a liter of anise tea a day. This tea is useful in many ways because, in addition to increasing the amount of milk, facilitates colic to babies because spasmolytic substances from anise are transmitted through the milk.

Thanks to its pleasant scent, but also antibacterial and antifungal effects essential oil of anise is often an ingredient for mouthwash. Anise is also great against laryngitis combined with sage and black mallow, and nibbling fresh seeds do wonders to folks who ache from bad breath caused by disorders of the digestive organs.

Scientists three decades ago noticed that Anise contains phytoestrogen substances, which is why this plant is excellent for women in menopause. In mixture with St. John’s Wort and Yarrow is also used against painful menstruation. Anise is probably the best herbal solution against the disorder of sexual desire in women. Although it contains substances that act similar to the female hormone estrogen, anise builds up the sexual desire of men, and in arrangement with celery is used for erectile dysfunction.

Anise is a highly efficient plant that removes cellulite. If you do find a product for cellulite removal that contains extracts of anise, you can be sure that it is probably effective.

Anise is a safe and highly medicinal plant. However, do not use during pregnancy or if you are taking medicines that contain iron. Mix all plants, and on two teaspoons of the mixture pour 200ml of boiling water. Stir it really good, cover it and leave it for half an hour. Strain it and drink sweetened as desired with some honey, half an hour after meals for three times a day.

Mix all plants, and on three tablespoons of the mixture pour with 600ml boiling water. Stir it, cover it and leave it for at least half an hour. Strain it and drink the 200ml unsweetened tea, half an hour before a meal three times a day. 20 drops of essential oil of sage

Mix all the ingredients, shake it well and keep in a clean dark place at room temperature. Massage critical areas every evening after showering. 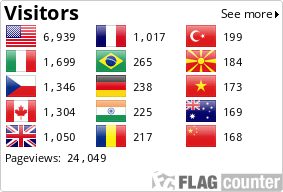